Member of the board

After graduating from Leeds University with a degree in Chemistry and Earth Sciences, Sue joined the Metropolitan Police Forensic Science Laboratory where she specialised in fire and explosive investigation. She was an expert witness in a number of high profile cases.

Sue moved to work for the UK Government, initially in the Department for Energy and subsequently the Department of Trade and Industry. She held a number of positions working with the oil and gas, energy and chemicals sectors developing innovation and skills policy as well as establishing a number of collaborative research programmes in partnership with UK Research Councils and the European Union.

In 1999, Sue became an independent consultant continuing to promote collaborations between industry, academia and government. During this time, Sue led the transformation of Britest from a UK Government funded research programme into a successful, global membership based limited company. Sue was appointed the inaugural Chief Executive Officer of Britest Limited, a position she held until her retirement at the end of 2016. She has participated in numerous national and international activities and held a number of committee positions including chairing the French Agence National de la Recherche ( ANR ) Scientific Advisory Board and the UK Chemistry Innovation Academic Stakeholder Forum.

Sue is a mentor for young people considering careers in science and engineering and works with Young Enterprise on a voluntary basis. She is chair of the Board of Trustees of the Dorset Volunteer Centre. 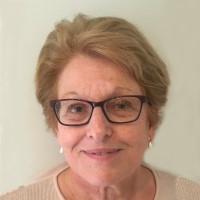