This experimental project was commissioned by HEFCE to investigate what could be learned about equality and diversity (E&D) in the research environment, based on analysis of the 1911 ‘People' sections of the Environment Statements submitted by HE institutions to the 2014 Research Excellence Framework exercise (REF2014). Using a combination of automated text processing and computer-supported analysis, this found that: 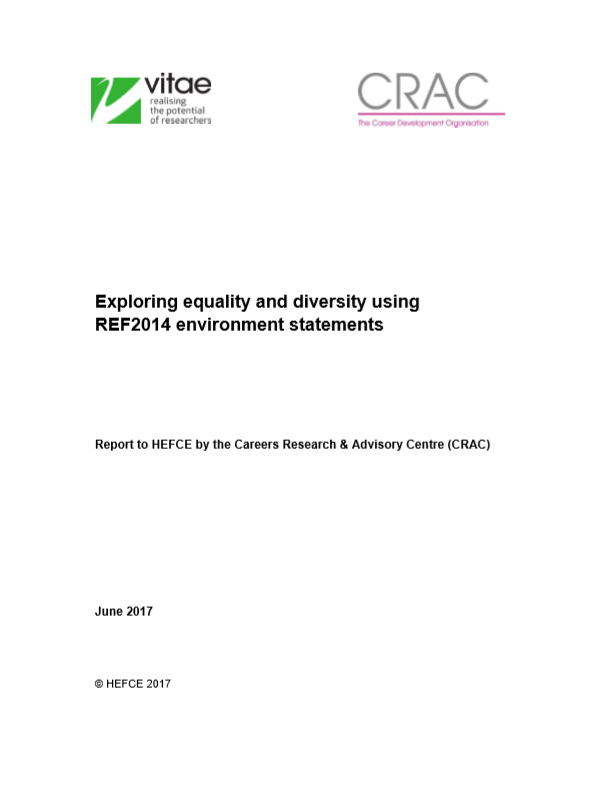